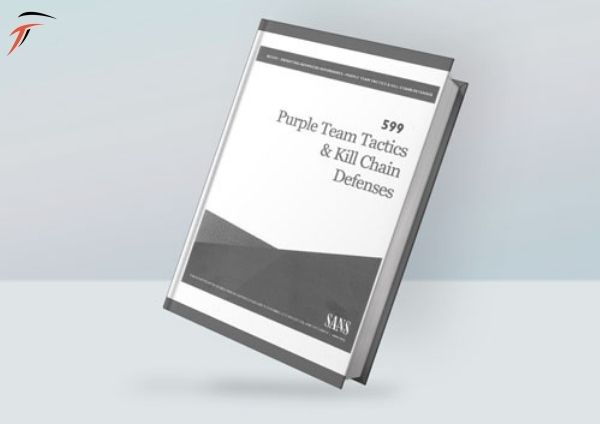 You just got hired to help our virtual organization “SyncTechLabs” build out a cyber security capability. On your first day, your manager tells you: “We looked at some recent cyber security trend reports and we feel like we’ve lost the plot. Advanced persistent threats, ransomware, denial of service…We’re not even sure where to start!”

Cyber threats are on the rise: ransomware is affecting small, medium and large enterprises alike, while state-sponsored adversaries are attempting to obtain access to your most precious crown jewels. SEC599: Defeating Advanced Adversaries – Purple Team Tactics & Kill Chain Defenses will provide an in-depth understanding of how current adversaries operate and arm you with the knowledge and expertise you need to detect and respond to today’s threats.

SEC599 aims to leverage the purple team concept by bringing together red and blue teams for maximum effect. Recognizing that a prevent-only strategy is not sufficient, the course focuses on current attack strategies and how they can be effectively mitigated and detected using a Kill Chain structure. Throughout the course, the purple team principle will be maintained, where attack techniques are first explained in-depth, after which effective security controls are introduced and implemented.

Course authors Erik Van Buggenhout & Stephen Sims (both certified as GIAC Security Experts) are hands-on practitioners who have achieved a deep understanding of how cyber attacks work through penetration testing and incident response. While teaching penetration testing courses, they were often asked “But how do I prevent this type of attack?” With more than 20 labs plus a full-day “Defend-The-Flag” exercise during which students attempt to defend our virtual organization from different waves of attacks against its environment, SEC599 gives students real world examples of how to prevent attacks.

Our six-day journey will start with an analysis of recent attacks through in-depth case studies. We will explain what types of attacks are occurring and introduce the Advanced Persistent Threat (APT) Attack Cycle as a structured approach to describing attacks. In order to understand how attacks work, you will also compromise our virtual organization “SyncTechLabs” in our Day 1 exercises.

Throughout days 2 through 5 we will discuss how effective security controls can be implemented to prevent, detect, and respond to cyber attacks. Some of the topics we will address include:

In designing the course and its exercises, the authors went the extra mile to ensure that attendees “build” something that can be used later on. For this reason, the different technologies illustrated throughout the course (e.g., IDS systems, web proxies, sandboxes, visualization dashboards, etc.) will be provided as usable virtual machines on the course USB.

SEC599 will finish with a bang. During the “Defend-the-Flag” challenge on the final course day you will be pitted against advanced adversaries in an attempt to keep your network secure. Can you protect the environment against the different waves of attacks? The adversaries aren’t slowing down, so what are you waiting for?